Death of Ruhondeza, the Father of Gorilla Tourism in Uganda

He clung to the family crown for more than 20 years through ruthlessness and guile, banishing any young pretenders who might challenge him. But, alas, that strategy was also his undoing.

Ruhondeza — “sleepy fellow” in the local Rukiga dialect — was thought to be in his fifties, one of the world’s oldest mountain gorillas, but he died defeated, banished and alone, according to rangers in Uganda.

He was the dominant male in the first group of mountain gorillas to get used to human visitors in Uganda’s national parks, in 1991. That process of habituation helped to start a multimillion-pound eco-tourism industry and raised the endangered animals’ profile. Today, about 60 international visitors a day pay about £320 each for the privilege of trekking to see one of only eight habituated gorilla groups in the parks.

In his heyday Ruhondeza led a band of about 17 gorillas, known as the Mubare group, in the high-altitude forests of Bwindi Impenetrable National Park, on Uganda’s southwestern border. Yet despite the demeanour that earned him his name, Ruhondeza was forever alert to threats to his authority. “Many male gorillas in his family were cunningly and systematically eliminated, as he feared a future attempt on the family throne,” the Ugandan Wildlife Authority said. However, that led to a dearth of fighting-age males in the group — which eventually weakened his defence against other gorilla groups, which plundered members of the Mubare.

“This, coupled with his inability to successfully service his females, led to a gradual reduction of the family size,” the authority said. After a series of debilitating raids from wild gorilla groups, Ruhondeza’s reign eventually collapsed in March. “He was seriously beaten,” rangers said. He was forced to live alone, on private land adjacent to the park, and although efforts were made to reintroduce him to the area, which is home to about 320 mountain gorillas — half the world’s population — all were unsuccessful. “By the time of his banishment to solitary life, the family had reduced to six,” the wildlife authority added.

Biologists estimated that Ruhondeza was 30 years old in 1991 when the habituation process started. Even in captivity, where gorillas are spared violent confrontations, they rarely live beyond 55.

“It seems he died of old age,” said Fred Nizeyimana, of the Mountain Gorilla Veterinary Project. “His teeth were seriously worn out. He was feeding, but he couldn’t take in as much as a silverback should. He was emaciated and he was wasting away. He was also having trouble breathing.”

He said that the official cause of death would depend on the results of molecular pathology tests, which have yet to be completed.

More than 50 people attended Ruhondeza’s burial next to the Bwindi park offices and the authority has pledged to build a monument on the site so that tourists can pay homage.

One of Ruhondeza’s sons, Konyoni, shelters the remnants of the Mubare and has already added four new members to the group, according to the rangers. “Ruhondeza’s group has enabled gorilla eco-tourism to flourish in Uganda and the entire tourism community is saddened by his death,” the wildlife authority said. 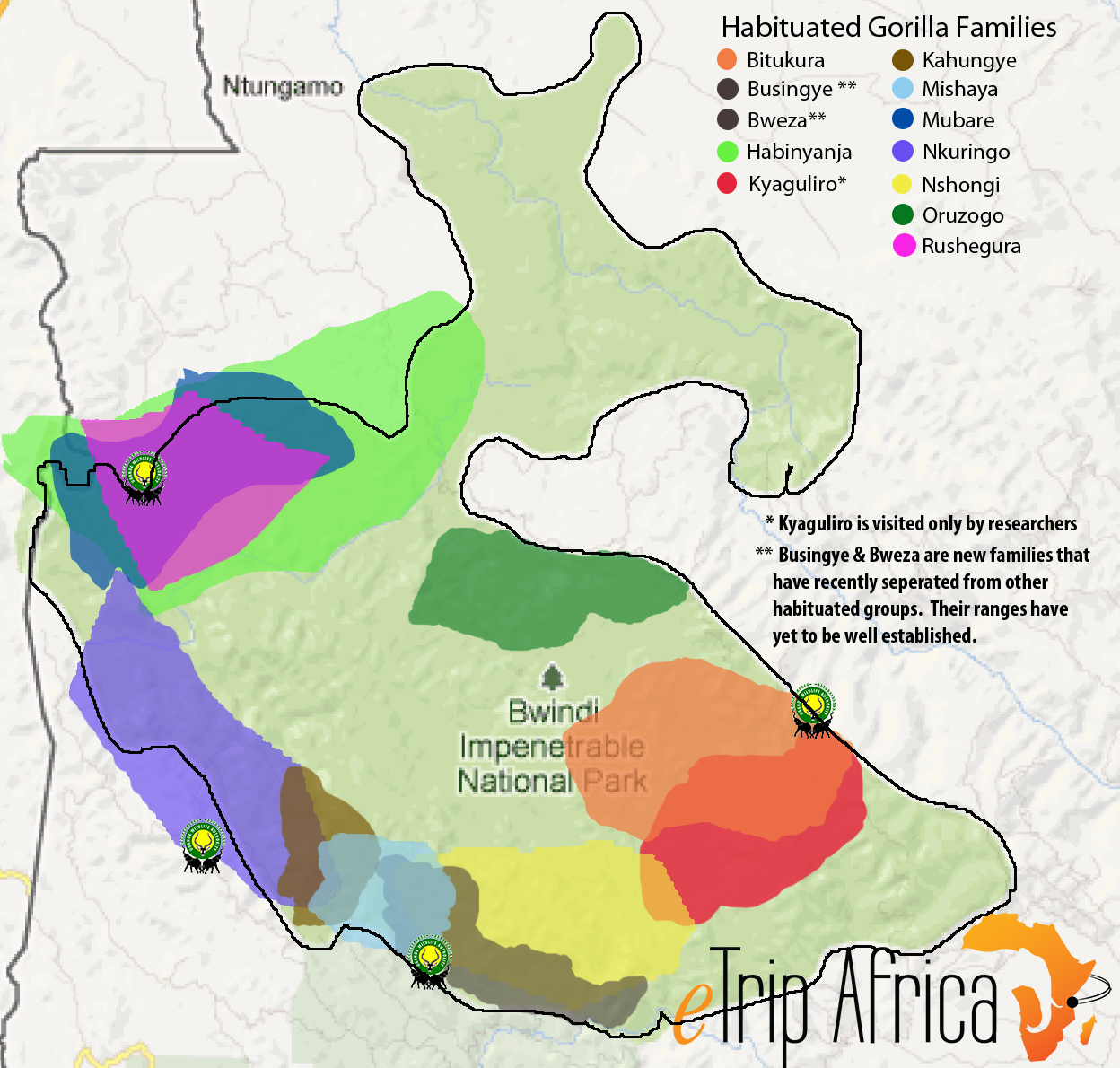